I became a mother in January of 2013. When I did, the lens of my world changed. As a new mother who was raising children in my own hometown—now their hometown—I found myself struck by the realization that the Durham of my childhood looks so different from the Durham of today, and that the Durham of today will invariably look quite different from the Durham of tomorrow. I could hear the conversations we would have one day—the comments I’d make being eerily reminiscent of the comments of every older generation before me. “This used to be an enormous field where I would run and play as a girl,” I would say. “Before it became the Harris Teeter.” I kept encountering locations—physical moments in time—in which the change and transition was evident, in which the environment was in an active state of flux. These were glimpses of something elusive that I felt should be captured. They hinted at answers to the questions that may be asked later—What happened to this ground we are standing on? How did we get where we are now?

And so, I began to take a series of photos of local parents and their children in these locations in flux, starting with an image of myself and my young sons standing in a clear cut forest in north Durham. From these images, I created mixed media pieces in which I blended collaged photography and acrylic paint. All of the images in these series depict transitional moments I witnessed in Durham’s landscape from 2014-2018. The series is, in part, about the changes in the landscape. But, even more, it’s about what we’re teaching and showing the next generation about these changes in the landscape. I believe it’s over-simplistic to assess these changes as positive or negative. Some aspects of these changes are inspiring and exciting; some are short-sighted and problematic. This is a series about asking questions, about awareness and intentionality, about opening our eyes fully to look and take in what is happening around us. It is about being able to remember this present moment we now stand in, years from now when the Durham of the future has eclipsed our memories of the Durham of the past. 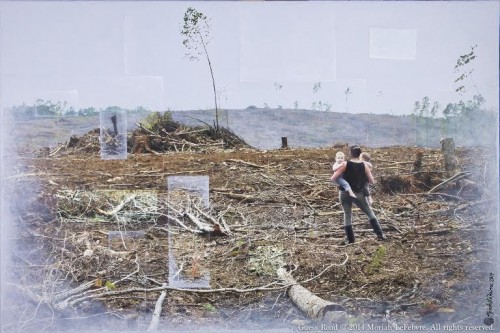 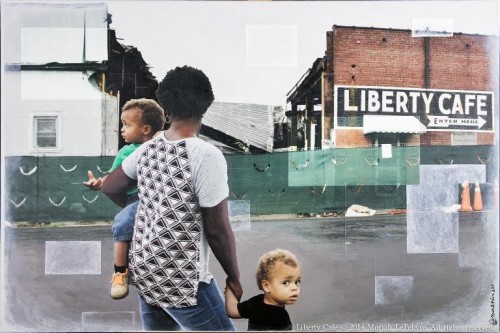 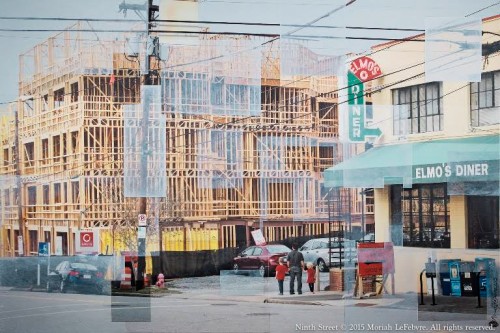 This project is made possible by a 2014-2015 Ella Fountain Pratt Emerging Artists Grant from the Durham Arts Council with support from the North Carolina Arts Council, a division of the Department of Cultural Resources.

Solo exhibitions of this work:

In addition to the original works in this series, archival, editioned prints of each of the original pieces are available for purchase. Please contact me with any inquiries!